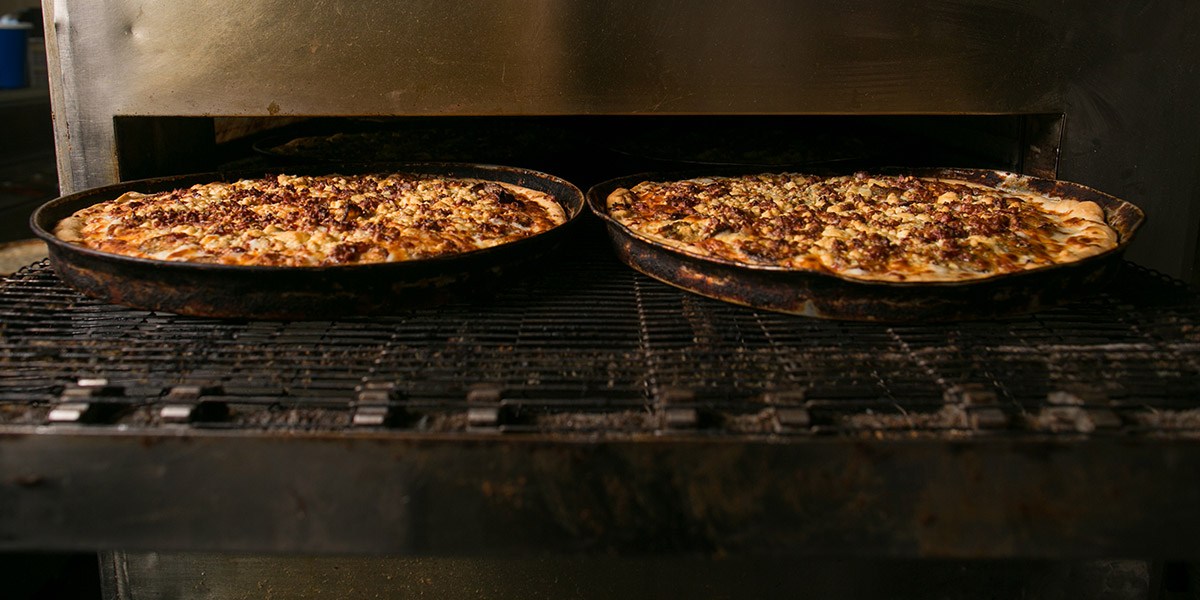 in Bloomington for 20 years

Aver’s Gourmet Pizza started small. Founders Brad Randall and Kris Kaiser saw an opportunity when a discount pizza chain closed, leaving behind a turnkey location. Fearlessly, they jumped into the restaurant business and opened the Aver’s North location in 1995.

Brad and Kris worked hard to get Aver’s “Gourmet Pizza To Go!” message out around Bloomington. Their “Pizza of the Week” campaign showcased the extensive and unique pizza toppings on the menu, leading to the Signature Pies menu still offered today.

Aver’s South location was an immediate success when it opened in 2001. Indiana University’s Kelley School of Business and the Johnson Center recognized Aver’s with their Growth 100 Award as one of the fastest growing companies in the state. Aver’s also made Pizza Today magazine’s Hot 100 Independents list as one of the busiest independent pizza operations in the country.

Voted Best Pizza Sauce in Bloomington
By the Bloomington Independent, 1999